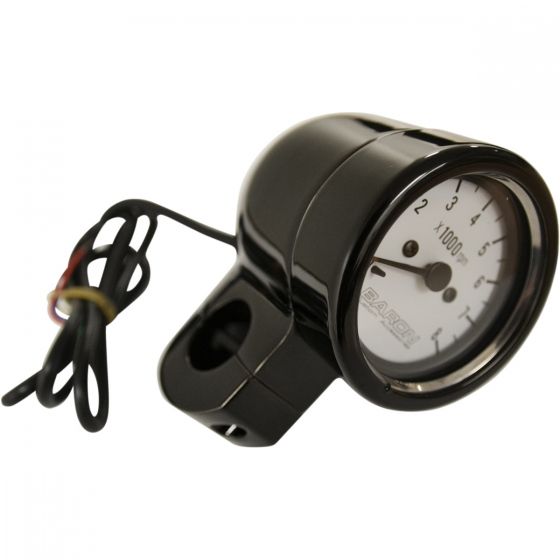 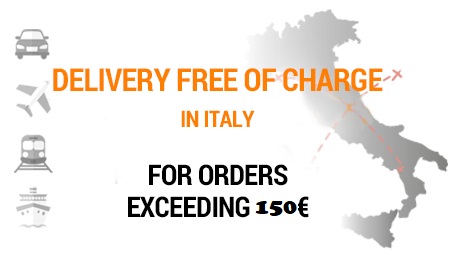 L'uso del marchio e del modello del veicolo se presente in questa scheda prodotto descrive solo lo scopo previsto del prodotto offerto in questa vendita in conformità con l'art. 21 del Codice della proprietà industriale / The use of the Vehicle Brand and Model if present in this product only describes an intended purpose of the product offered in this sale in according to the Art. 21 of the Code of Industrial Property.

Se specificata la provenienza dal magazzino USA, la merce, potrebbe impiegare circa 15-30 giorni per l'arrivo, dogana inclusi / if the origin is specified from the USA warehouse, the goods could take about 15-30 days to arrive, customs included

John "Baron" Vaughan-Chaldy began customizing by tricking out his first motorcycle, a Honda CT 70 in 1974. In 1976 he began working for his father's business, Smith and Marsee Vintage Cars, in Leucadia CA doing restorations of antique and vintage automobiles. The education he earned in the restoration of classic automobiles gave him the knowledge and appreciation for the true craftsmanship and artistry that goes into building amazing classic motorcars. His family and close friends were heavily involved in boating and boat racing which led Baron to early associations with companies like Kawasaki Motor Corp., Litchfield Boats, Yamaha Motor Corp., Taperflex and Glide-Slide, to name a few. These relationships revolved around building and prepping drag/circle race boats and testing prototype vehicles and equipment. This enhanced his mechanical education with an understanding of the requirements of building and preparing products for the grueling race and retail markets. During the late '70s and into the early '80s he customized cars, boats, motorcycles and anything else he could get his hands on. In 1986 Isuzu Motor Corporation commissioned Baron to build three custom vehicles for use on the international auto show circuit. These customized vehicles earned Isuzu their first three cover photos and feature stories in major national magazines. Vehicles such as these led Baron to create custom Isuzu, and later Ford SUV vehicles for franchised dealers in Southern California. In 1994 Baron and a childhood buddy founded MotoPro, a franchised Honda-Yamaha-BMW motorcycle, ATV and water vehicle dealership in Oceanside CA. In late 1995, when Yamaha released their Royal Star heavyweight cruiser, Baron was immediately attracted to this motorcycle and saw opportunities in customizing them. He built and sold his first custom Royal Star; that led to a request from Yamaha Motor Corp. for him to build two custom Royal Stars for their use as display vehicles for their 1996 national tour. This expo quickly created demand from dealers and individuals around the world, not just for his custom motorcycles, but also for parts he had created and utilized in these custom builds. By September of 1997 the demand for his custom accessories had grown to a point where they required his full attention, so he stepped away from the day-to-day operation of MotoPro and formed Baron Custom Accessories, Inc., which has been a world leader in custom accessories for standard and metric cruisers for the past 23 years.